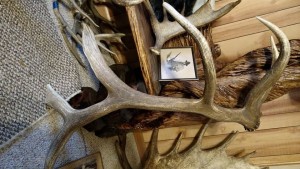 Brown antler is good hard antler with no cracking. It doesn’t matter if it’s chewed on, broken, or faded; just NO cracks. 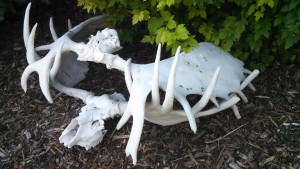 Hard white antler has hairline cracking and can still be brown in color or bleached by the sun. Coastal antler will be a little blotchy or starting to turn other colors. 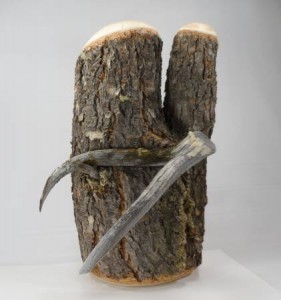 Chalk antler will have deep cracks, feel rough, or you can see it turning grey. Coastal antler will have a green bur. This is also the category where antler that has been stained, shellacked, or painted will go.